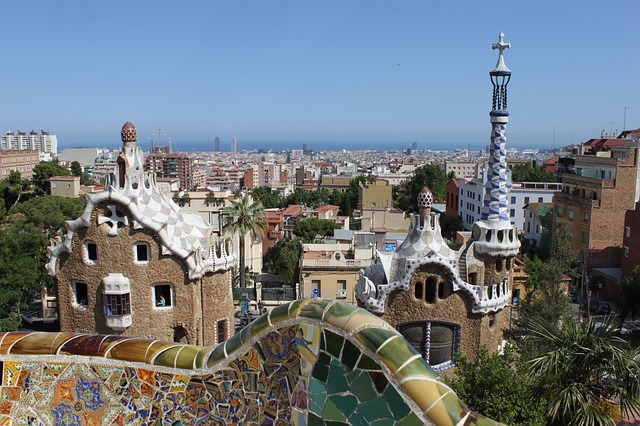 Popularly known for its vibrant and elegant culture, and its high numbers of historic sites, Spain is one of the European countries that you can never miss to travel. The country lies within the Iberian Peninsula, where the Mediterranean Sea ends to its western corner. The culture of the Spanish is admired worldwide because it is exotic in every aspect, whether by its cuisine, its fashion, and other social standards.

Spain hosts one of the internationally recognized football teams, Barcelona, named after the coastal city of Barcelona. Spain holds a lengthy history of since the establishment of its kingdom numerous centuries ago, which has left behind almost countless historic sites that have been maintained over the centuries. Apart from these sites, there are nice beaches, visits to unique natural features like deserts, and the capital city of Madrid that has everything you will need for a social outing.
Spain is connected internationally to countries all over the world by four means of transport. Spain has various international airports based in many cities within it including Madrid, Bilbao, and Barcelona. Airlines that operate in these airports are Iberia (its national carrier), Vueling, EasyJet, Blue Air, and Ryan air, and many foreign airlines that connect directly from countries in Europe, Africa, Asia, and America. Another optional way is boarding either the RENFE or FEVE train in countries within Europe to arrive at Madrid-Spain.
However, the journey by train can take a long period because all trains are expected to use a mainline while heading to Madrid, so some trains will have to wait. The most applied means of transport because it is faster and cheaper, is by buses from cities in nearby European states to major cities within Spain. If you are in the U.K., you can board a ferry at either Portsmouth or Plymouth port to arrive at Santander port or Bilbao Port of Spain. Genoa, Algeria, Morocco, and the Canary Islands are also connected to Spain by ferry.
Spain offers a wide range of accommodation facilities. There are hotels, hostels, rental apartments, pensions, campsites holiday villas in Spain. If you would like an accommodation facility that arranged for breakfast every day, then seek for a Casaa rurales that are located mostly in the small towns. Hotel accommodation in Spain also suitable and tourists can find cheaper rates of hotel accommodation away from the city centers in smaller towns. Paradores are the luxurious forms of hotel accommodation, and they are situated in a place where numerous ancient buildings and castles exist. Thus, living in the paradores enables tourists to experience the ancient lifestyle of Spain but still under the care of modern facilities.
Spanish cuisine is the most enjoyable in the country. Its dishes are prepared with passion, and they are characterized by varieties of delicious meat and veggies. The dishes are less spicy, but they mostly apply non-spicy ingredients that can add unique delicious tastes to the food instead of making it spicy. The Spanish cuisines are common in restaurants, hotels, and fast food joints in towns.
Besides the Spanish cuisine, there are varieties of imported cuisines such as the Italian, American, and Chinese, that locals and tourists can enjoy in respective restaurants that provide the foreign dishes. Nightclubs are plenty and they have plenty of beer and passionate wine to enjoy your night outs. However, people under the age of 18 will never be allowed to buy beer or wine, and they are forbidden from drinking. There are two types of night out centers; the clubs can open to the latest 8 o’clock in the morning, whereas pubs are open until 3 o’clock in the morning.
Spain’s tourist attractions range from the long white sandy beaches, the historic monuments, the archeological findings and displays, the artistic talent of the local people shown by the art museums, the internationally-recognized Barcelona football club, to the natural unique landmarks of the country. Tenerife is Spain’s largest concentration of untouched wildlife and ecosystem. The park contains pristine forests, indigenous flora and fauna species, huge volcanic features and a line of vibrant white sandy beaches.