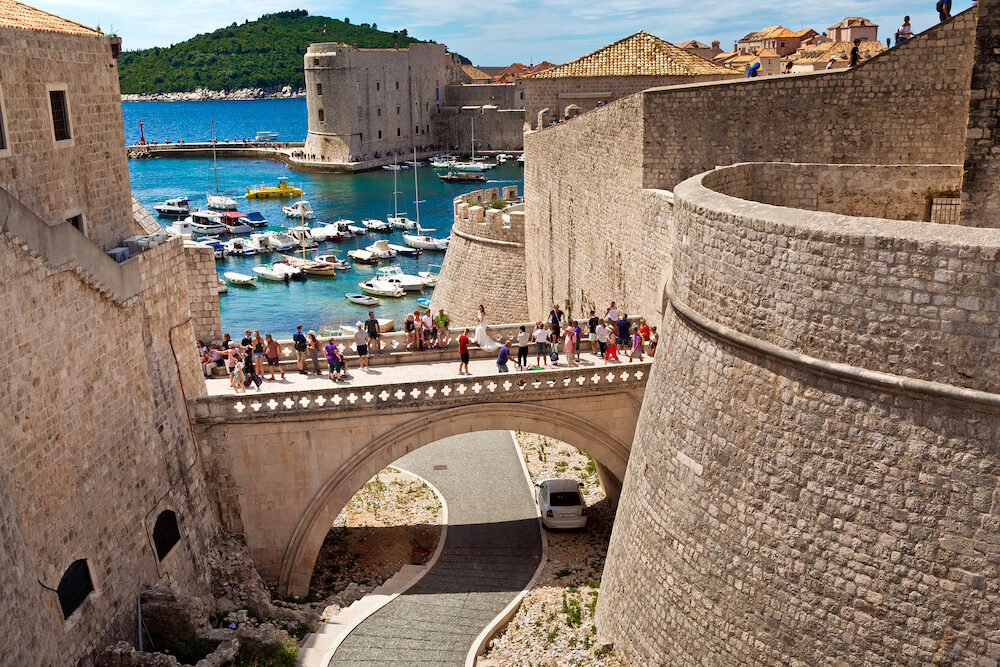 Certainly, the most prominent among the attractions in Dubrovnik is its defensive stone walls, known around the world as Ancient City Walls. Dubrovnik, situated in the southern area of Croatia, is a place rich in history and the city is adorned with what the past has left it: forts, casemates, bastions, and towers—the very structures that make up the Ancient City Walls. Dubrovnik is tagged as the Pearl of the Adriatic mainly because of the white stone beauty of Ancient City Walls. No other city in the world was able to preserve such an enchanting feature that is why in the 1970’s it officially became part of the UNESCO World Heritage List. Alongside the walls, Gothic, Renaissance, and Baroque churches, monasteries, fountains, and palaces give character to the Old Town of Dubrovnik. 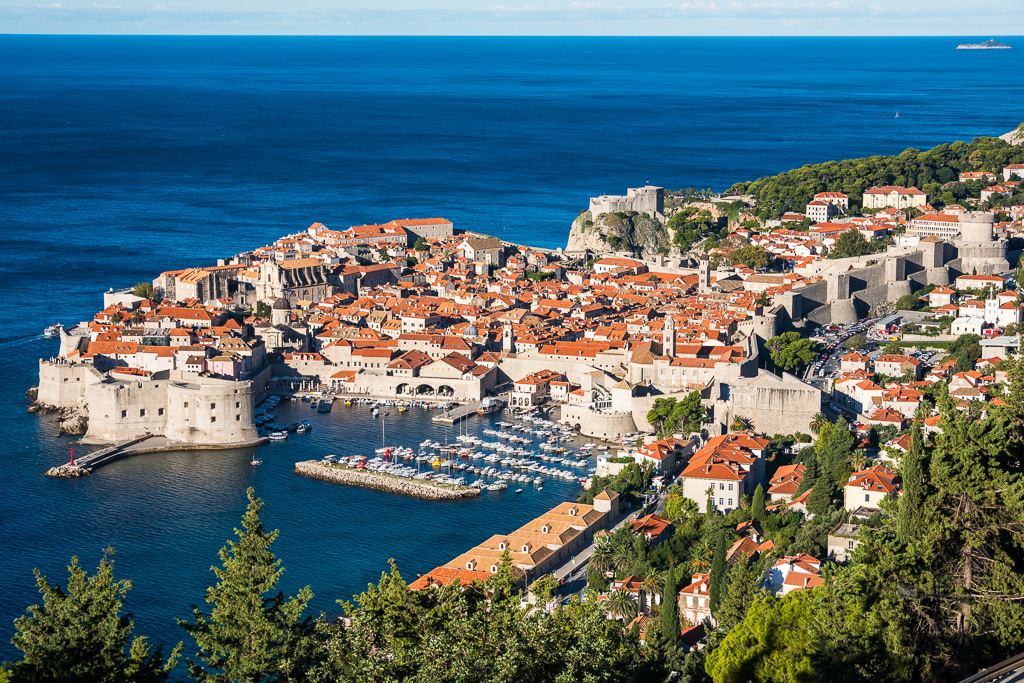 The pride of Dubrovnik encircles the entire city with its uninterrupted course of 1,940 meters long and 25 meters high. Most of the walls of the Old Town’s fortification was built during the 14th and 15th centuries and continued its reinforcement until the coming of the 17th century. The Ancient City Walls were built to guard the city away from invaders. Over the years, the structure that used to ward off invaders became one of the world’s most impressive architecture. 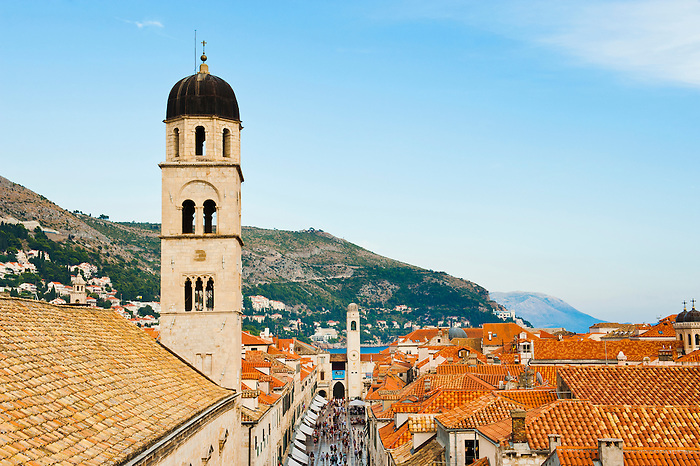 If you are visiting Dubrovnik, your trip will never be complete without setting foot to the Ancient City Walls. The Old Town’s gigantic attraction welcomes amazed visitors on the left of the Pilar Gate. The main wall on the land side is about 6 meters thick, reinforced by an extra scarp wall as protection against artillery fire. Meanwhile, the walls facing the ocean are 3 meters thick. The aisles on the side of the ocean are the most-visited site of the Ancient City Walls because from there, a breath-taking sight of the city is seen. It is the “easiest” part of the walls as well because the ground does not have much of the stepping-up and stepping-down routine. 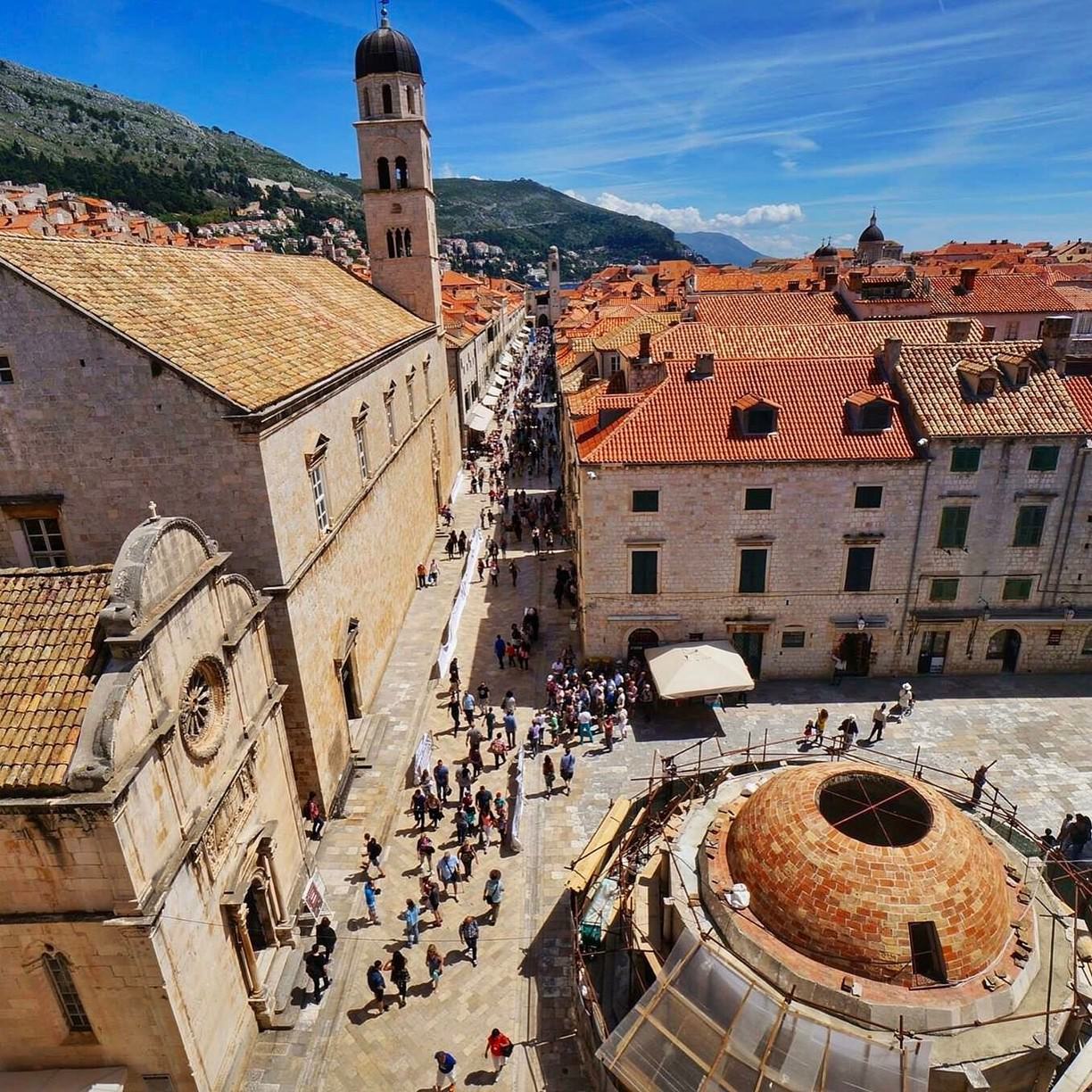 This concrete defense system is protected by four points: the north’s Tower Minčeta, the south’s Fortress of Saint John, the west’s  Bokar fortress, and the east’s Fortress of Saint John. Among the four points, the round-shaped Minceta tower is the most prominent point. The name was courtesy of the Minceta family, the owners of the land where the tower was built upon. The Ancient City Walls have four main gates, where two gates lead to the harbor and another two lead to the mainland. 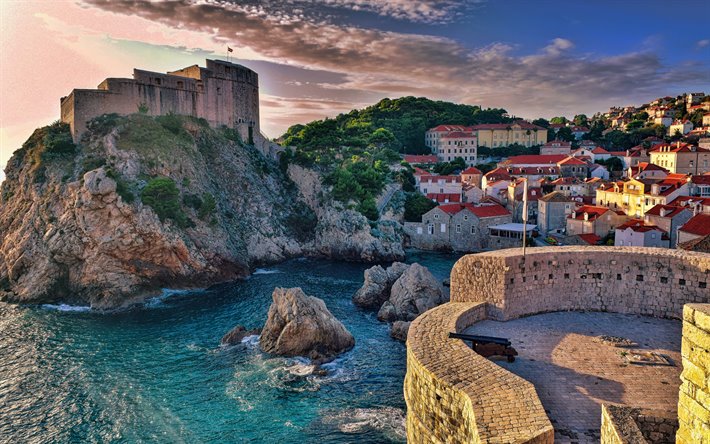 When you go to the Ancient City Walls, you can either join a city walk tour where a tour guide leads the pack and gives heaps and heaps of information about this Dubrovnik attraction. The tour to the Ancient City Wall is truly an unforgettable experience. No other place in the world you can witness such preserved beauty, and touring its entirety is like experiencing the life of the old days.