Menorca is one of the largest Balearics and boasts of being the less tampered with the Balearic Islands and the most tranquil one. Due to the island’s highly unspoiled beauty, Menorca is highly visited by the more adventurous travelers wishing to discover new experiences and charms. Even though it is much smaller compared to some of the Spanish Islands, Menorca has equally the same number of beaches as you can find in Ibiza and Mallorca combined. In summer, you shouldn’t be surprised to find yourself sharing a beautiful beach with no one. The many peaceful holiday beach resorts and alfresco dining makes Menorca one of the most desirable places to visit in Spain. 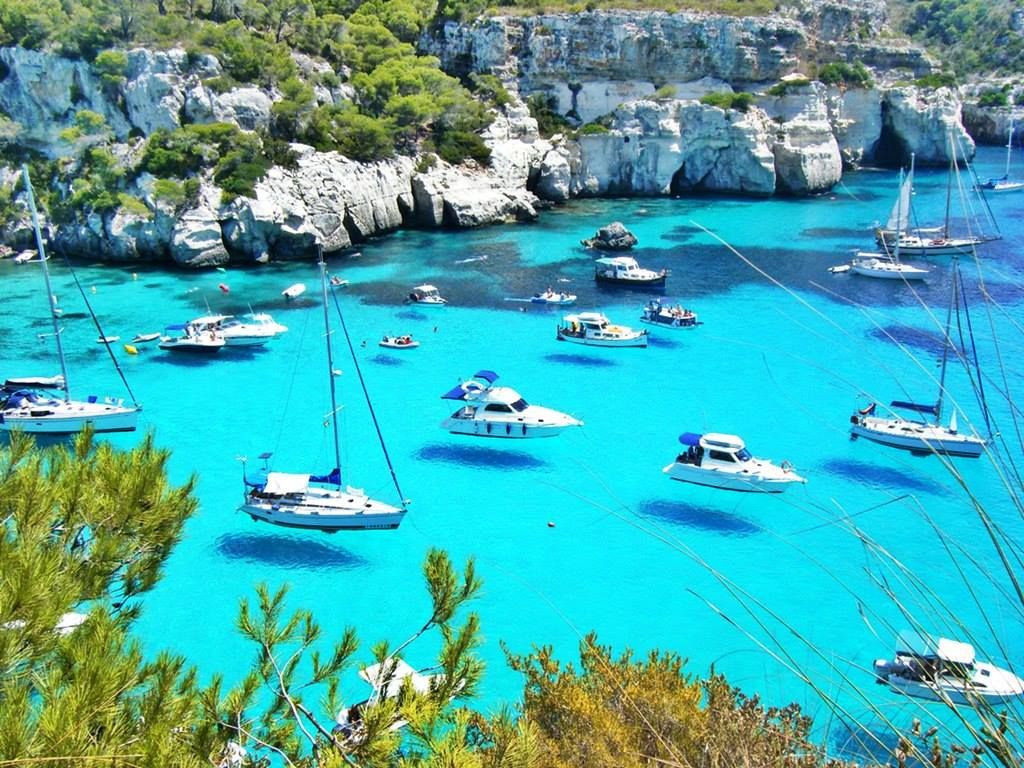 There are eight administrative regions on Menorca Island. Mahon or Mao is the island’s capital and it is characterized by numerous restaurants, bars, and a port. The most impressive and attractive feature in Menorca island is Mao’s harbor with other popularly visited resorts being Santo Tomas, Punta Prima, Binibeca, and Son Bou. Other cities in Menorca are Forbells, Ciutadella, Alaior, and Es Mercadal. The highest point at Menorca is Monte Toro which gives tourists panoramic views of the whole island. The Xoriguer Gin Distillery dates back to the 18th Century and it is very tasty and distinctively aromatic. You can purchase and sample some of the liquors made at the distillery and the public is allowed to visit the attraction throughout the year.

Museu de Minorca is a Franciscan monastery built in the 15th Century and tourists can find information regarding the island’s history here. There are also many paintings done by local artists as well. The Placa Alfons III is an eye-catching plaza near Avda de la Constitucion. The plaza features numerous noteworthy cafes and restaurants and visiting the aged windmill is something that you must do. 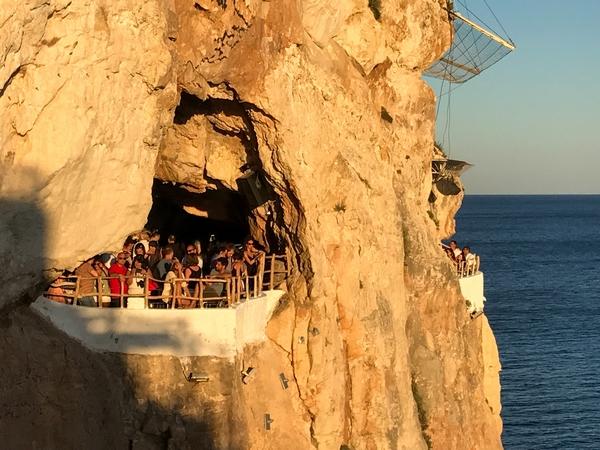 The windmill is now the headquarter for the local tourist information office. La Mola Fortress is a magnificent Spanish fortress near the Mao harbor which highlights the fine Spanish architecture. Industrias Artesanas is a factory shop that designs traditional Menorca footwear known locally as Avarcas or Abarcas. Traditionally footwear is mostly worn by land workers and farmers, they are now a reputable fashion icon worn all over the world. 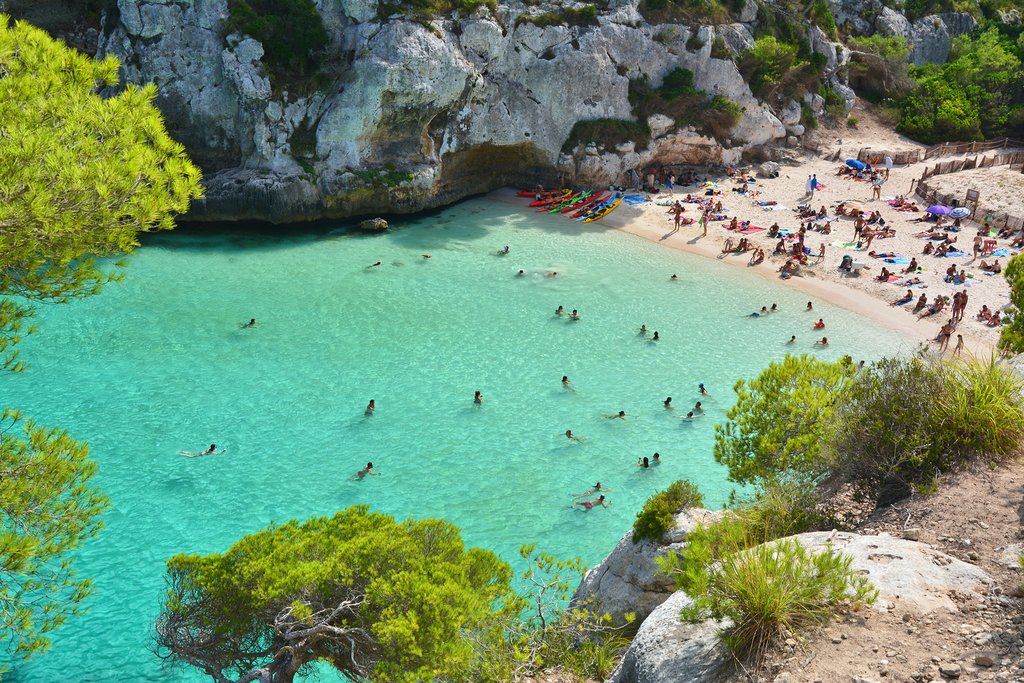 Menorca has a beautiful coastline that deserves recognition from any visitor. The best thing about beaches in Menorca is that they are less crowded and it is very easy for you to find a nice place where you can relax. Es Grau is the beach closest to the island’s capital and the Platja de Punta Prima beach which are connected by local bus services to Mao. 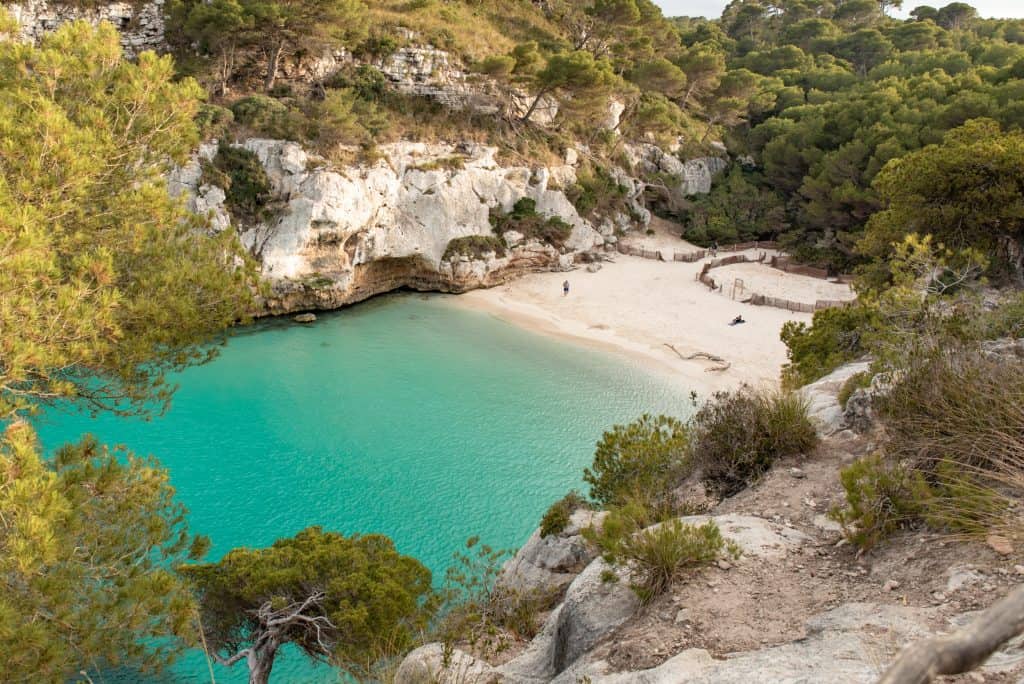 Other beaches worth a visit to Menorca are Cala Macarelleta, Cala Pregonda, Cala en Turqueta and Son Bou which is the largest beach on this island. Most tourists opt to remain near the area next to the hotel and parking, so you can always find ample space to relax if you walk a few meters away from the crowd. Menorca has some very good restaurants that mostly serve seafood and fish as their menus.