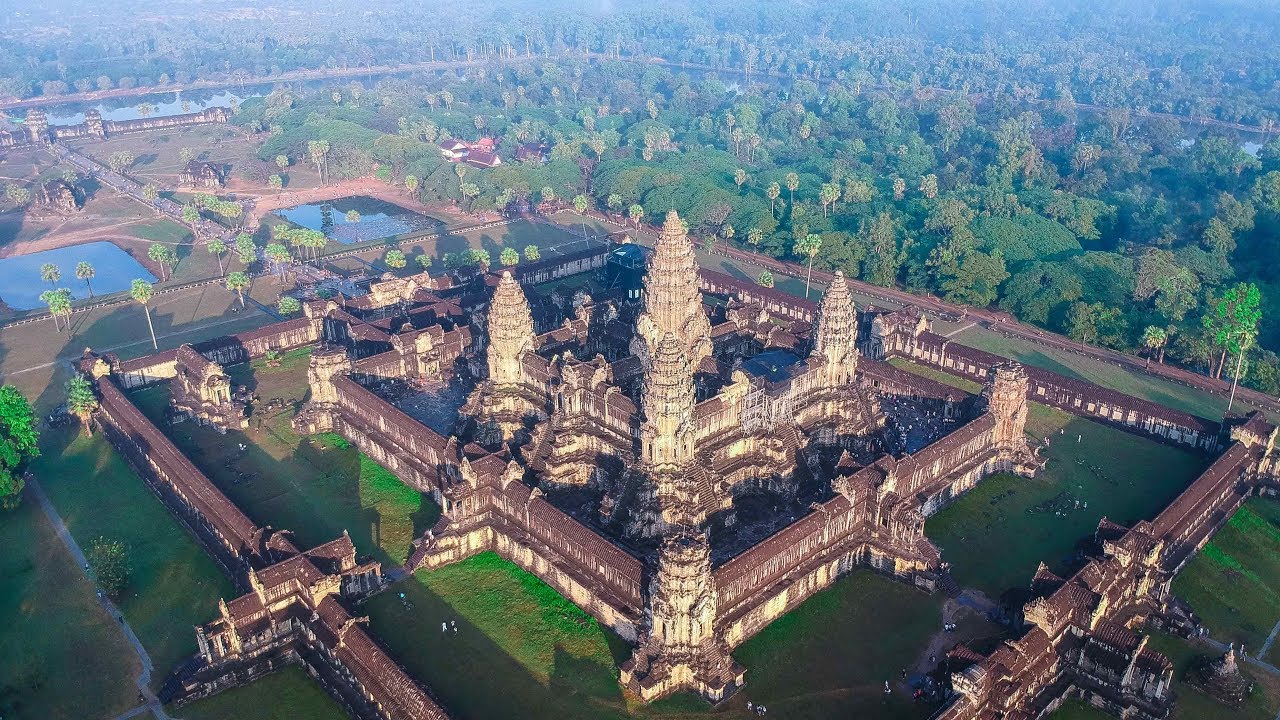 Listed as the 7th wonder of the world, Angkor Wat has an unrivaled state of scenery preservation and beauty. Situated in northern Cambodia, it is a magnificent and mighty place with its impressiveness surpassing that of Egypt pyramids and fine artistic distinctiveness just like that of the Taj Mahal. This place dates back to the 12th century. King Suryavarman II constructed a temple in 30 years which he later dedicated to Vishnu. This architectural masterpiece is the largest and most popular monument of the Angkor group which has been awesomely preserved. 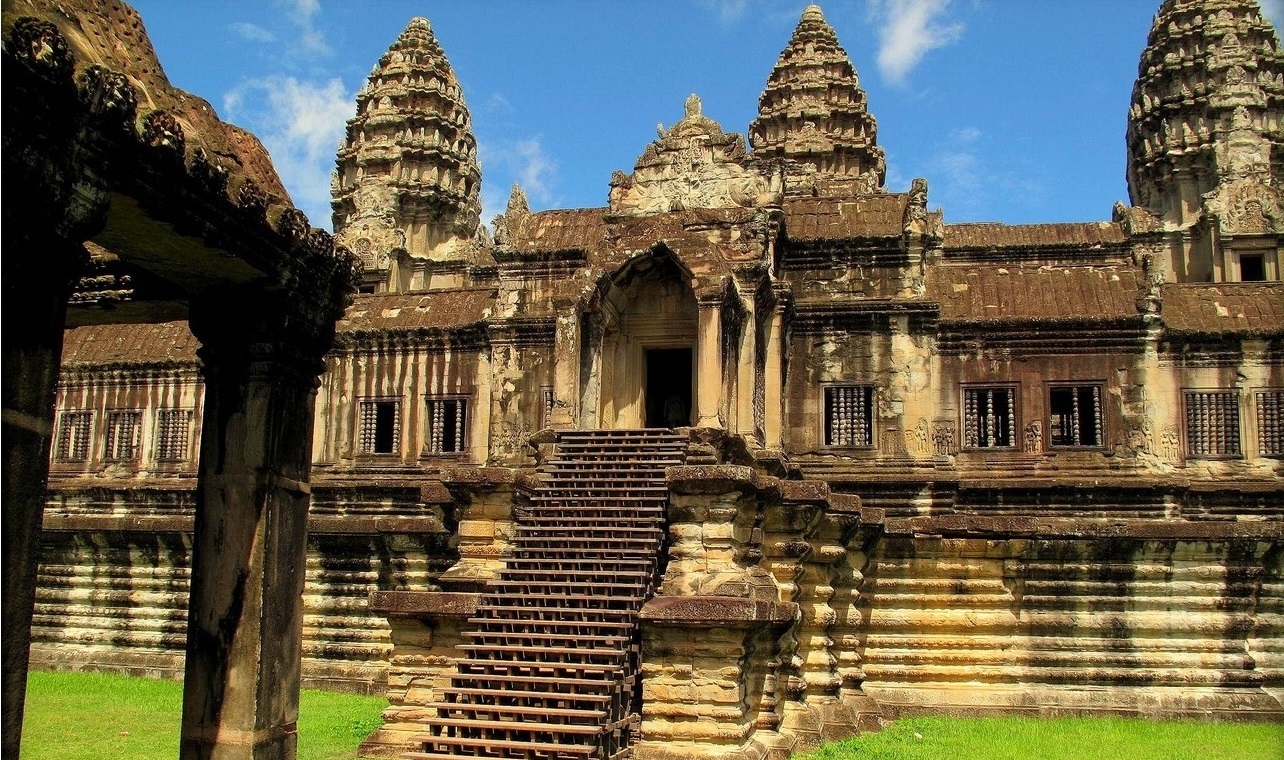 Angkor Wat is one of the world’s finest monuments to its perfection when it comes to composition, sculpture, relief, and proportion. What is Khmer name meaning temple and Angkor was added after the temple became the Theravada Buddhist monument in the 16th century. Later, the capital shifted to Phnom Penh and Buddhist monks took care of Angkor. It is widely believed that Angkor Wat is King Suryavarman II’s funerary temple and was perhaps built as a symbol between sunset and death. As you walk through this monument, you will find it hard to grasp the architectural plan of Angkor Wat as it is a vast place.

The beauty and complexity of Angkor Wat will distract and attract your attention at the same time. When looked at from a distance, Angkor Wat appears like a colossal stone mass but as you get closer to it, you will start seeing the elevated towers and covered galleries, courtyards, porches, and chambers. From the ground, Angkor Wat has a height of 213 meters attained with 3 rectangular levels with each one progressively higher than the rectangular below it. Angkor Wat is a replica of the universe on a stone and represents the earthly model of cosmic word. 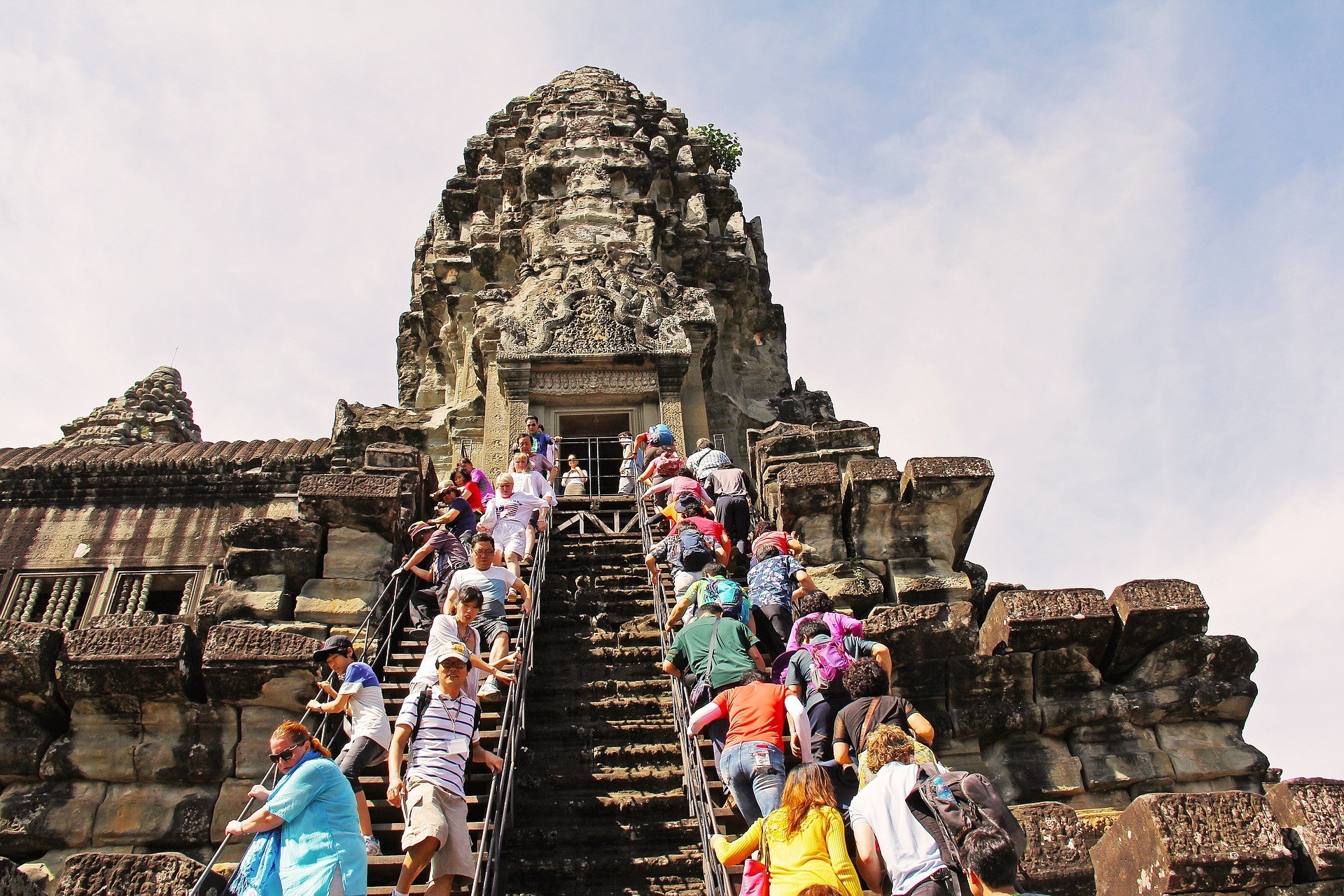 Even though Angkor Wat is undeniably the most photographed and visited Khmer monument, there is nothing that offers an awesome experience than actually seeing the temple. Generally, this wonderful temple has a romantic, beautiful, and impressive appearance. The galleries have various decorative features like windows with balusters looking as if made using wood. The galleries also have some of the pillars with inscriptions written in both Khmer and Sanskrit the Hall of Echoes has some resonance that can be heard especially as you move closer to the end of the gallery. 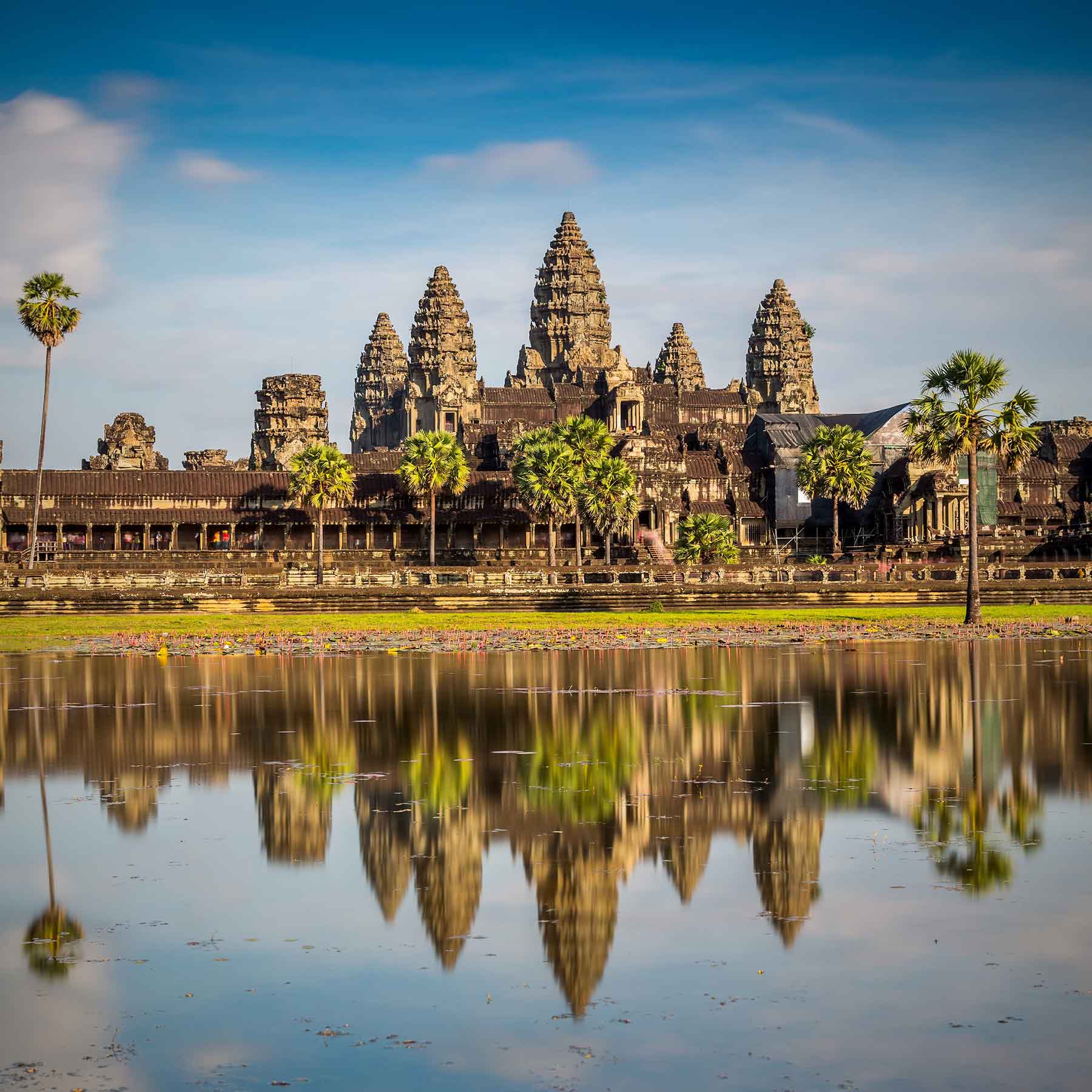 Angkor Wat boasts as the best-maintained temple at this site and one of the most significant religious centers in the world. First, it was a Hindu temple after which it later became a Buddhist temple. Since it was erected, it has become the Cambodian symbol and even appears on the country’s national flag. It is the most visited attraction site in Cambodia and one of the hottest attractions in the world. 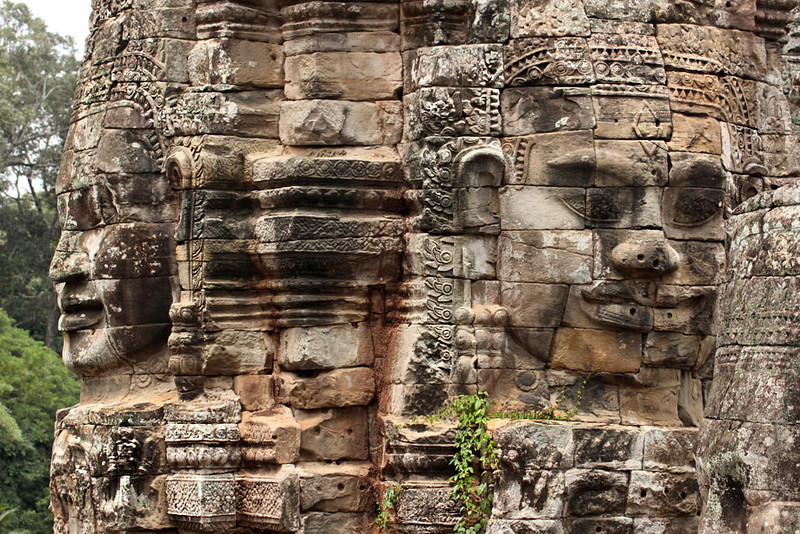 Angkor Wat is a combination of two basic architectures. First, a temple mountain and later a gallery temple and based on ancient Dravidian Architecture. The temple represents Mount Meru. Angkor Wat is highly admired by many for its architecture harmony, many devatas adorned on its walls, and highly extensive bas reliefs.