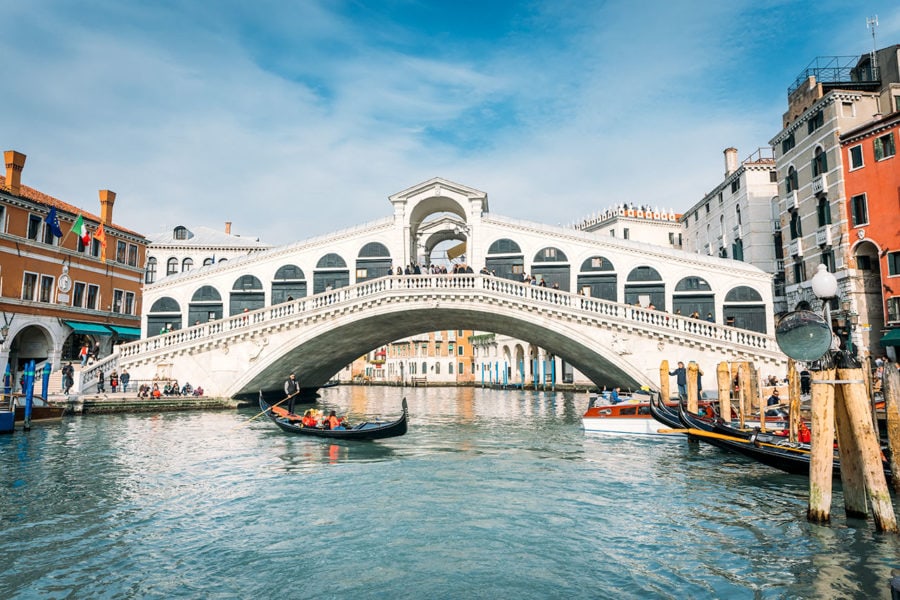 Venice is a popular tourist destination in the European region. It is known for its humble and romantic appearance, and its unique establishment on boroughs that are stationed on a huge lagoon. Venice has a long history that bestows it the popularity in fruitful commercial trade and being the place where romance is best described. Venice was once a republic on its own back in the first century A.D. Venice is now a city belonging to the Republic of Italy after Italy conquered Austria to gain ownership of the city. Venice also includes an island region to come across as you tour around Venice. 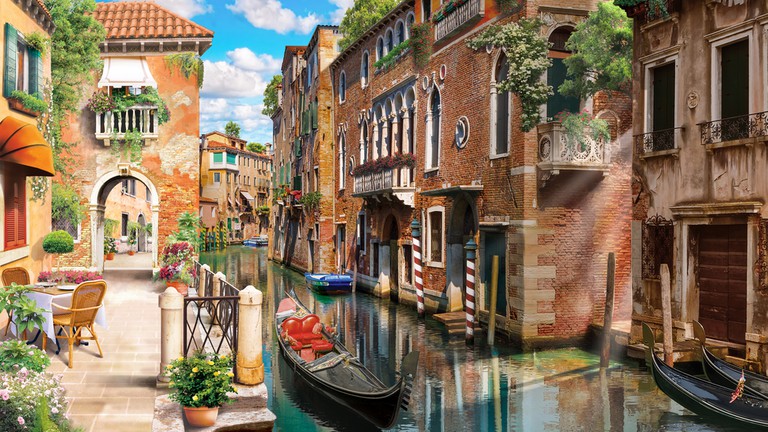 Boat transport is the most common means of transport since Venice also involves a territory of 118 islands. The best season to visit Venice is during the summer. The winter and spring have uncomfortably cold temperatures and there is much fog along the road and waterways such that it is difficult and risky to drive. The summer is marked by hot and humid arena, but the roads and waterways are clear.

Venice has its two airports that enable it to be connected to several cities within Italy and other major cities in neighboring European countries. These airports are the Marco Polo Airport located in the mainland of Venice, and Treviso Airport is roughly 24 kilometers from Venice. Train transport is also available and trains stop at the Venezia Santa Lucia station at the western side of Venice. People from other countries’ cities like Munich, Vienna, Paris, Zagreb, Moscow, Rome, and Milano.

If you prefer to use a car to travel to Venice, you will have to park the car in the Piazzale Roma car park at the western side of Venice, or the car parks in Terra Ferma. Parking is expensive at 30 Euros per complete day, and free parking areas are never available near or within Venice since there are no cars inside Venice. If this is expensive, public transport is the cheap preferable choice, by boarding a bus from Marco Polo Airport or Mestre town to arrive at Piazzale Roma on the western edge of Venice. 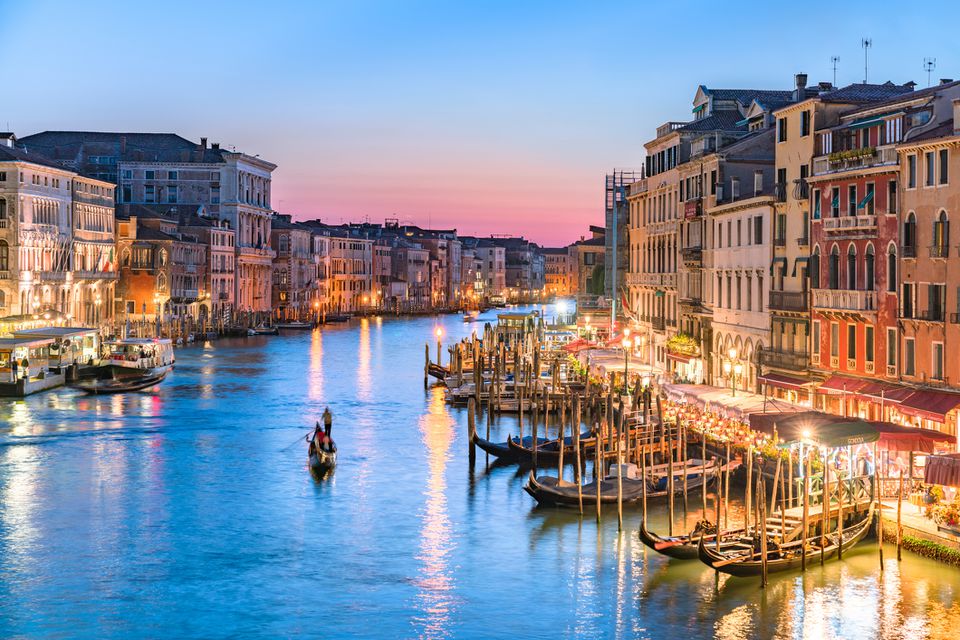 Tourists visiting Venice can find places to spend their nights in the same city. There are hotels, rental apartments, guesthouses, B&B’s, hostels, and camping sites. Hotel accommodation is the most expensive choice, but it offers enough luxury to keep you comfortable. Camping, hostels, Bread, and Breakfasts (B&B’s), and guesthouses are the affordable options. However, if you are planning to stay for three or more days, then the rental apartments will offer you self-maintained and self-catering accommodation at affordable rates. One of the many star apartments in Venice is the Palazzo flat at the Grand Canal near Rialto. 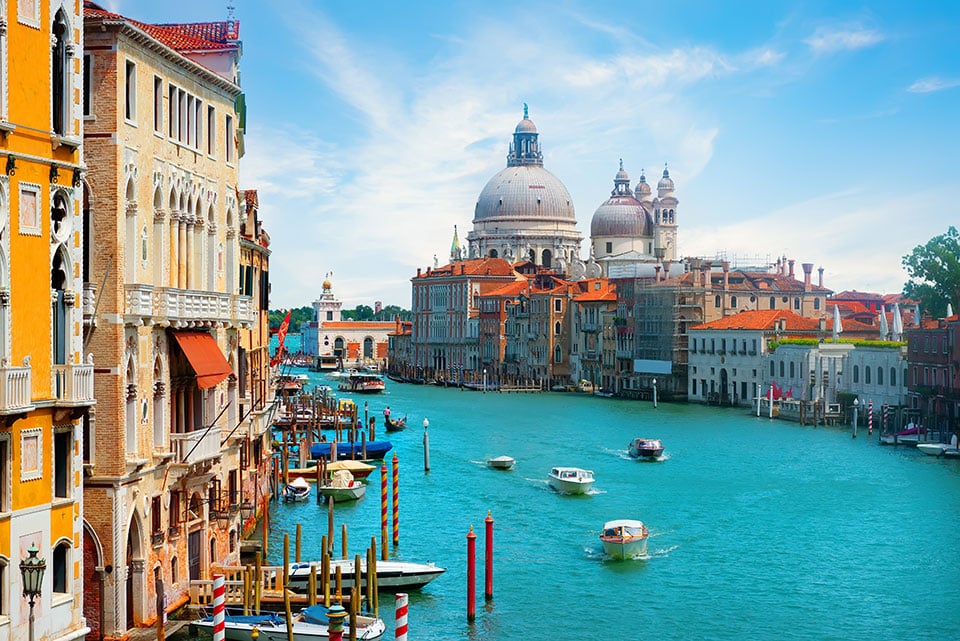 When planning to dine in the eateries within Venice, be aware that some of them can be of below-average quality, meaning that their food can be unsafe because of low hygiene standards. However, the remaining remarkable restaurants will serve you good food but at high prices and in lower quantities than those restaurants in other parts of Italy. There are also fast-food joints that sell pizza (the American style) and other portable fried foods. The major recipe that is significantly applied in Venice is the cuttlefish meat and the cuttlefish black ink. The ink is used Cake shops and ice cream stores are available in Venice. Drinks in forms of beers, wines, and soft drinks are available. Nightlife is mainly based in two centers within Venice; the Campo Santa Margherita in Dorsoduro and Erbaria near the Rialto Bridge. 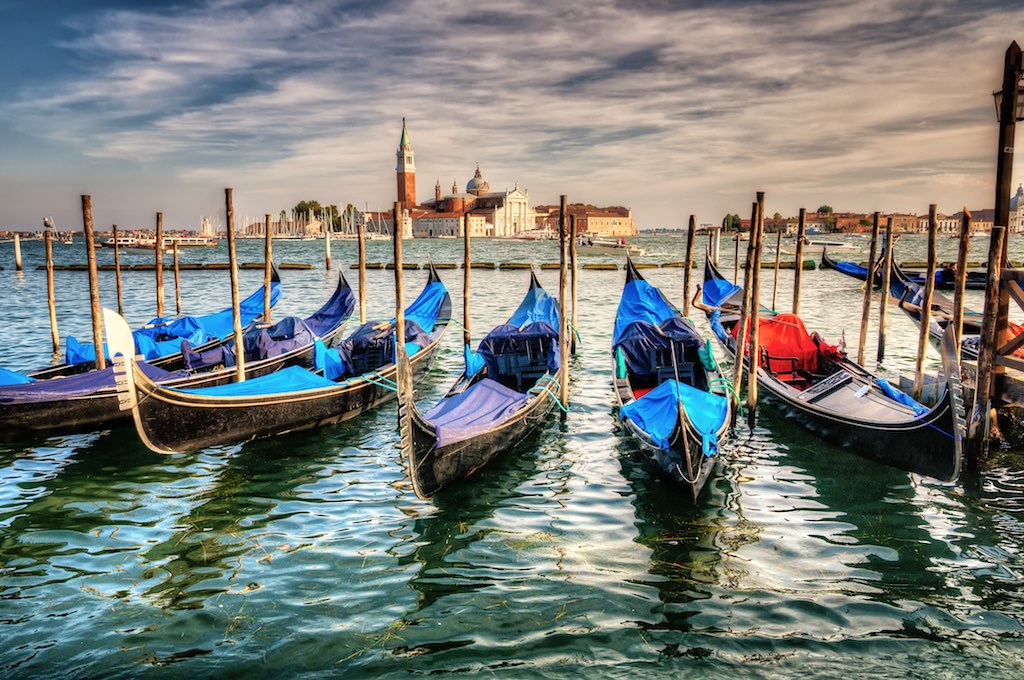 Venice is a center of numerous attractions. These attractions range from the significant landmark structures, the old historic monuments, the century-old churches, the museums with large art collections, and the Leonardo da Vinci exhibition. Examples of the landmark sights to come across are; the Bell Tower of Saint Mark, the clock tower in San Marco Square, the artistic Scuola grande di San Rocco, and the Rialto Bridge.