“Manchester’s got everything except a beach” – Ian Brown, The Stone Roses

Whether you’re a seasoned Mancunian or you’ve never visited the city before there are hundreds of events and attractions to see in this Northern English city. Manchester even has the biggest student population in Europe, which lends the place a really fresh and vibrant feel. 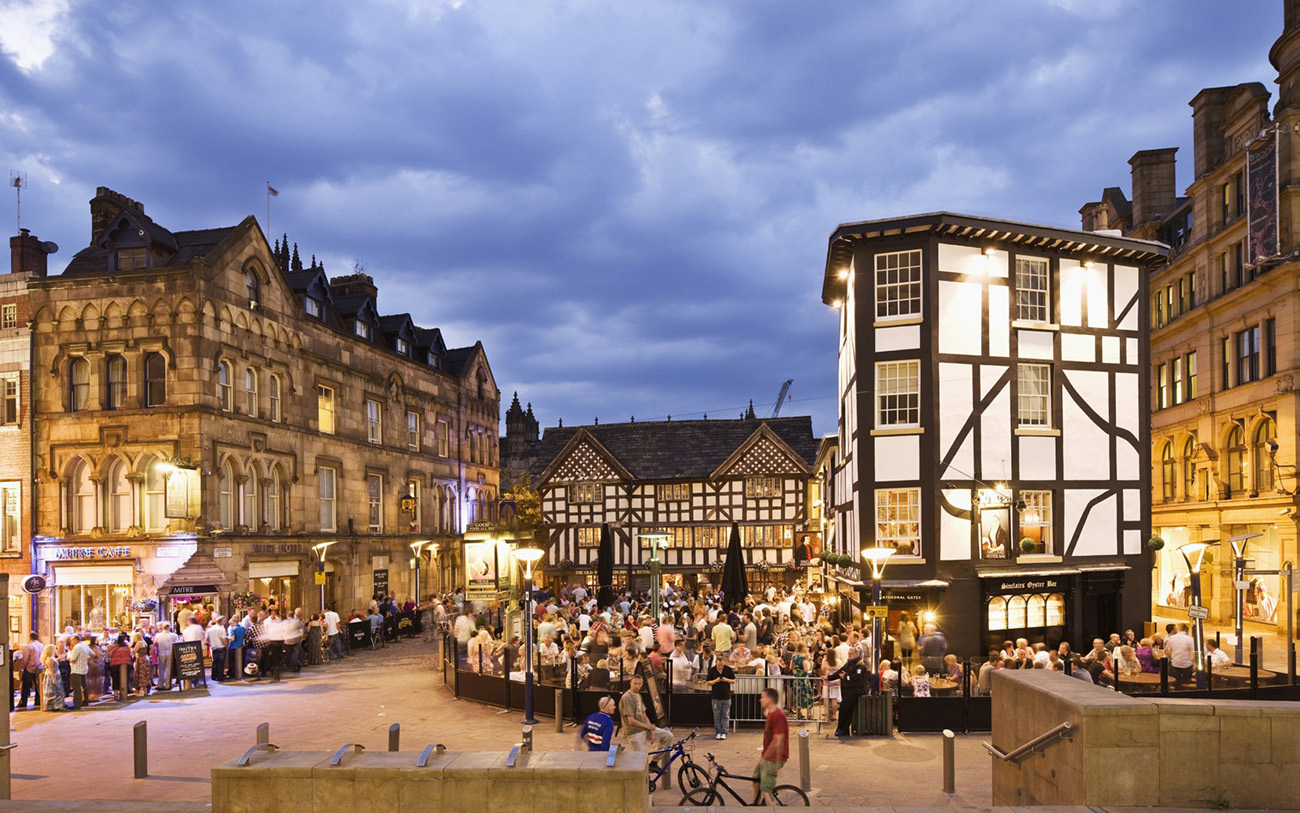 It’s famous for so many reasons, such as architecture, culture, music, media links, social impact, sporting connections and scientific and engineering output. There’s so much to see I don’t know where to begin, but I’ll give it a try…

If you’re a football fan then visiting Old Trafford (the self-styled “Theater of Dreams”) is an absolute must. Tickets for games cost between £30 and £52, but if that seems a bit steep then you can always substitute for a tour of the impressive stadium which at £16 is more affordable and allows you to learn more about Man Utd, their history and of course allows you to see their impressive trophy haul! 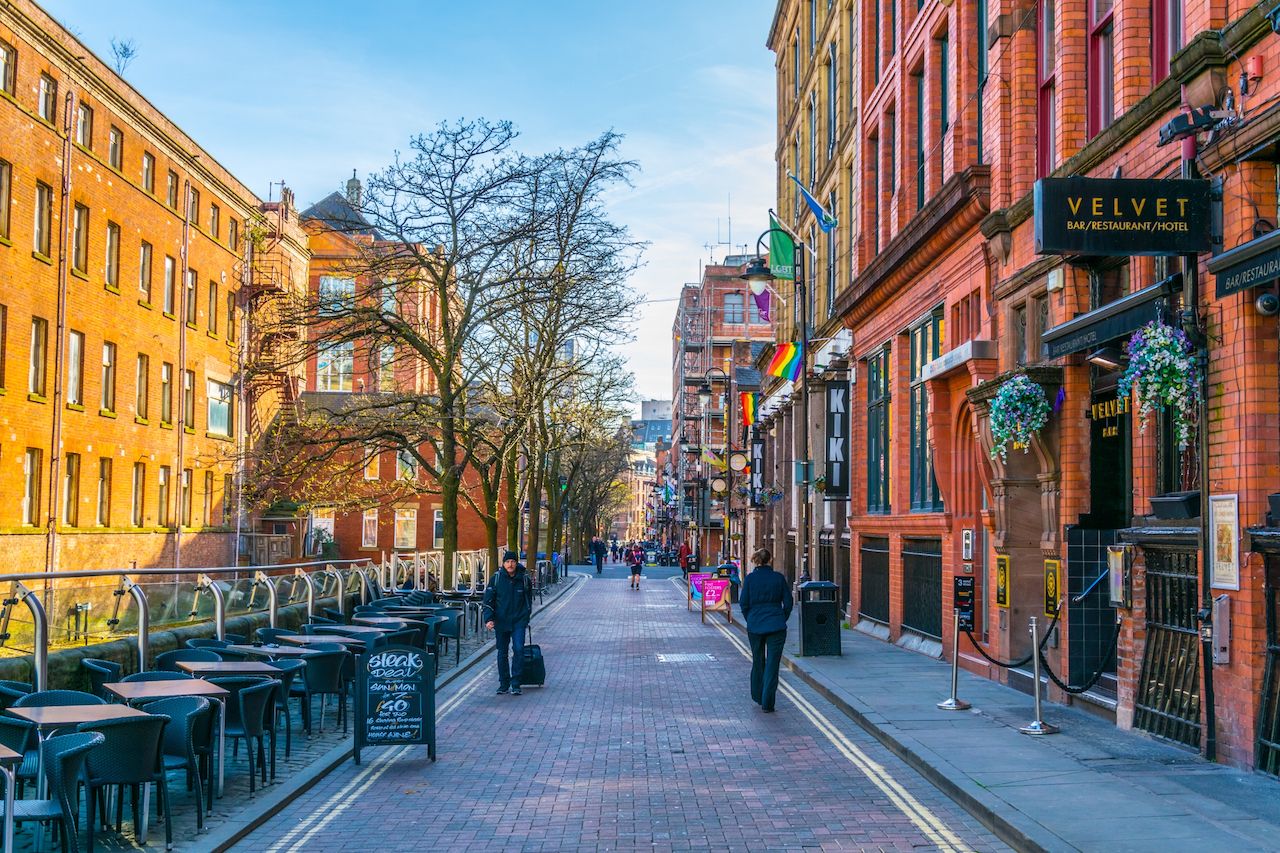 The Cathedral (built in 1421) is a beautiful building that definitely merits a visit. It has some of the best medieval woodwork in the north. It was badly damaged in WW2 but then restored, which took around 20 years. Guided tours are available and it also hosts concerts and evensong. It has the widest nave of its kind in Britain!

This is set right in the heart of the city. It’s full of lots of amazing statues and architecture and has the town hall as the backdrop. It becomes even more magical at Christmas when the whole area is covered in stalls for a German-style Christmas market. With Christmas just around the corner don’t be a humbug, go grab yourself a slice of German-style Christmas cheer! 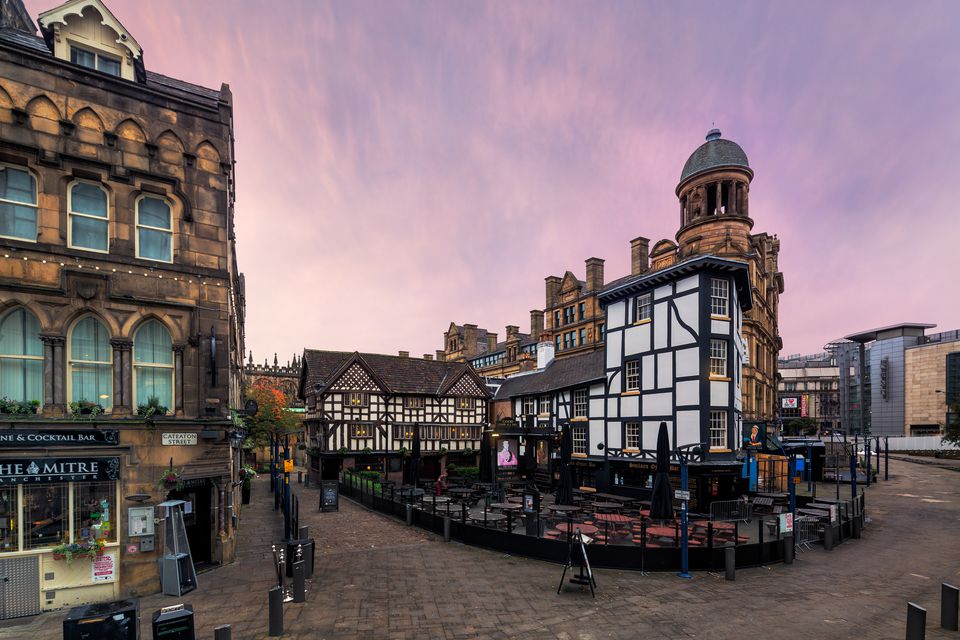 This area in Rusholme (South Manchester) gets its name due to the copious amounts of restaurants and takeaways serving South Asian and Middle Eastern food. So this is the place for you if you’re a fan of this type of cuisine…or if you’re coming home from a night on the town and need something to satisfy the munchies.

Manchester has two impressive shopping centres: The Arndale and The Trafford Centre. The Arndale is actually the UK’s largest inner-city shopping area so you’re bound to find anything you’re looking for in there. Browse around the shops and then head to the food court to reward yourselves or go and see a film there. 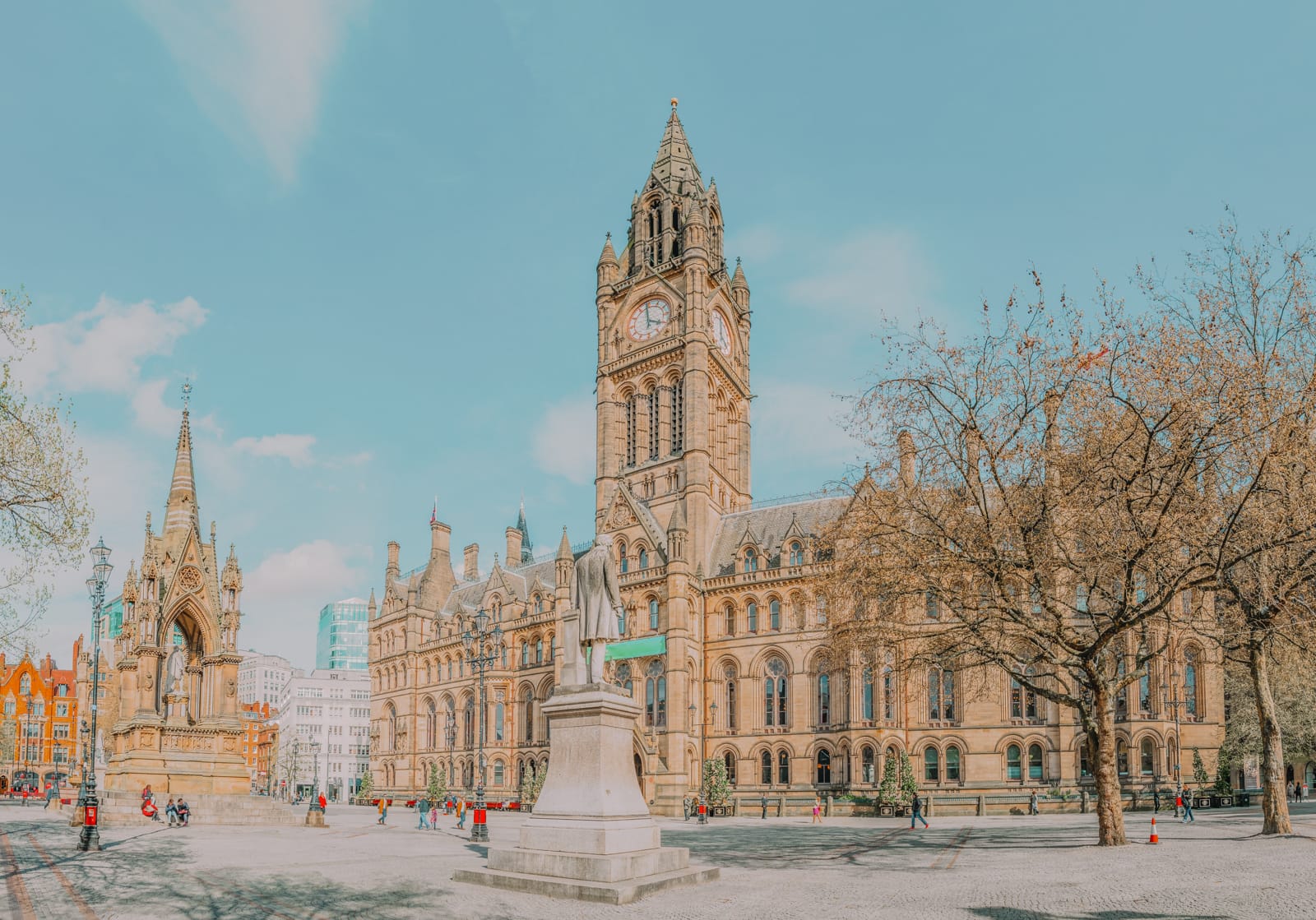 Bands such as Oasis, the Bee Gees and the Velvet Underground hail from Manchester so you know it’s going to have a good music scene with awesome gig venues and concert halls! It’s also home to a wide variety of bars and clubs. The young student population also helped shape the city’s reputation as a music destination.

If you like art then Manchester is a great city to visit. There are numerous galleries such as The Lowry, Whitworth Art Gallery and the Chinese Arts Centre so if you’re up for a little culture why not pay one of these galleries a visit and marvel over the artwork and exhibits? They’re all free entry as well! 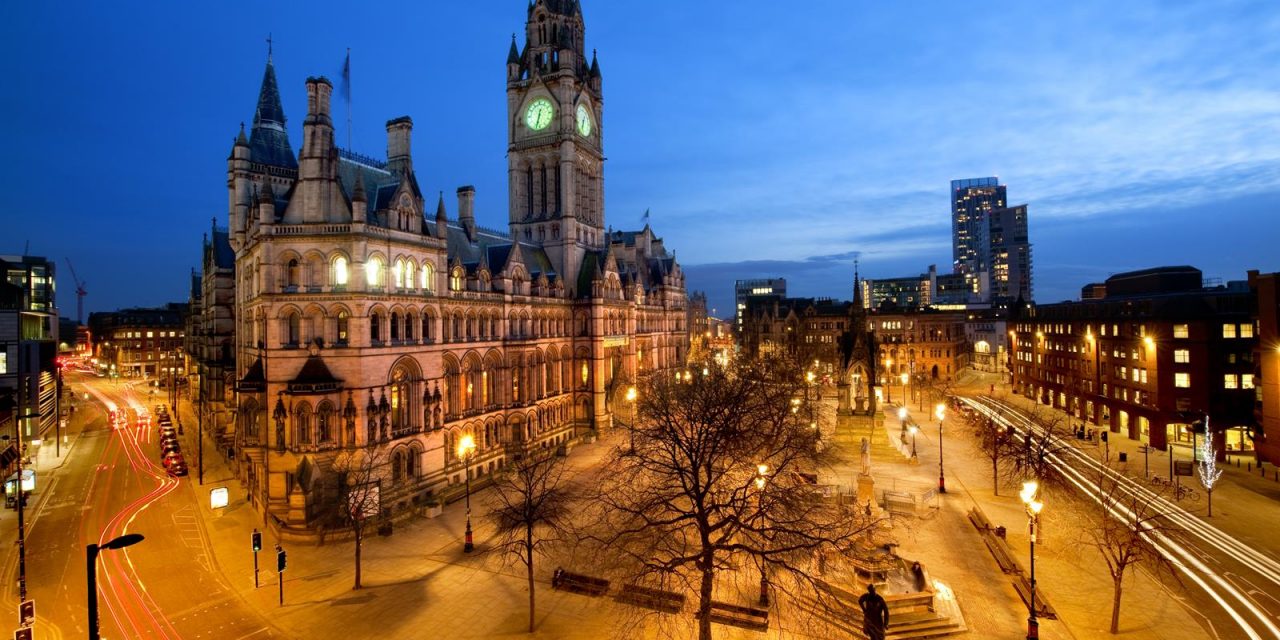 The Museum of Science and Industry and the Manchester Museum have been ranked #3 and #6 respectively in the list of attractions in Manchester. They are jam-packed full of things to do and visitors of all ages can enjoy the interactive exhibits. The Manchester Museum is even home to a massive T-Rex…well, its skeleton, of course. The best part is…they’re both free! There are lots of museums in Manchester so if these don’t take your fancy, another one will.

Take the plunge and visit this city and its Mancunian inhabitants. You might even be lucky enough to see the Gallagher brothers strolling down the street…

Bora Bora – What is Interesting There ?